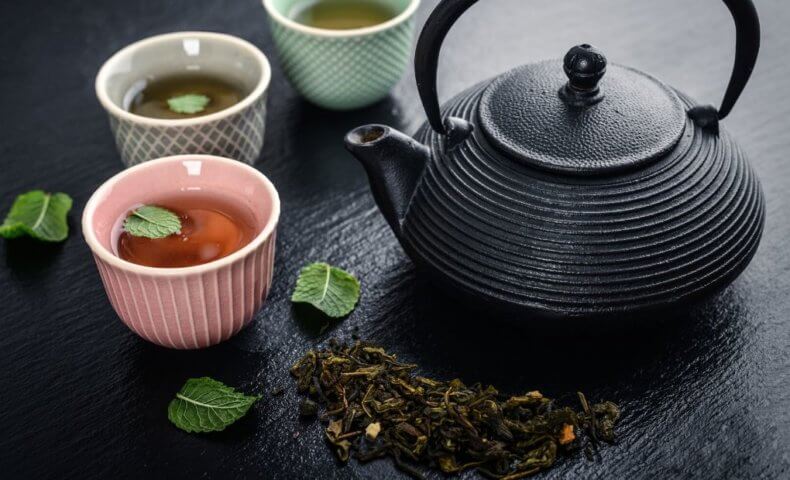 The best way to prevent infection is keeping the body healthy

On a TV program, a doctor who has not caught a cold for 50 years introduced his health treatment. He has been drinking “honey ginger green tea” every day to stay healthy. For 50 years without a cold, that is amazing! I looked into the benefits of honey, ginger and green tea.

Since ancient times, honey has been used as a remedy for all diseases to relieve fatigue, coughs, tooth decay and periodontitis, insomnia, skin diseases, irregular heartbeats, anemia and improve vision. In ancient Egypt, honey was used for all cures and also for embalming corpses.

Honey contains over 200 ingredients, especially fructose and glucose. You can say that it is the best natural food to turn the energy metabolism of sugar because it contains vitamins and minerals to turn monosaccharides into a source of energy. So, let’s take a look at what the benefits of honey are. 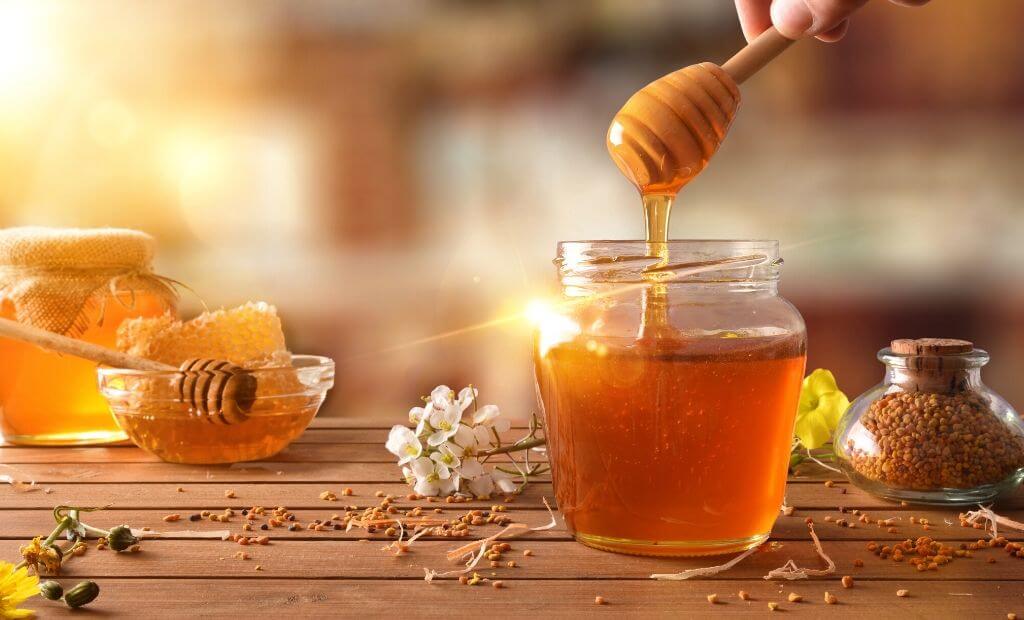 In addition, it has been found that fructose is effective in the treatment of diabetes because it lowers blood sugars and insulin levels by improving the energy metabolism of sugar.

It has long been known that applying honey to a wound promotes healing, and in World War I, the Russian army apparently used honey to treat gunshot wounds and other wounds. This promotion of honey wound healing is due to the combination of fructose and glucose in honey, and the organic acid in honey keeps PH at an acid level of 3.2 to 4.5, which the bacteriostatic effect on the skin contributes to promote wound healing.

It has been found that honey protects brain neurons that are lack of oxygen and promote concentration, memory and so on. It also helps to reduce the inflammation of the brain caused by endotoxins, which can help to reduce depression symptoms. It is said that diseases caused by impaired or abnormal brain function are caused by a lack of sugar in the brain. Honey prevents the oxidation of fats in the brain and promotes the energy metabolism of sugar, which helps to activate the brain.

In addition to these effects, it is also reported that honey has antioxidant and anti-cancer effects. It has been shown that honey suppresses excessive appetite, which helps to reduce weight.

Since ancient times, people have used ginger for the prevention and treatment of all kinds of diseases. Ginger is used in many herbal medicines.

In the middle century, ginger was expensive, and only the royal and upper class could get it. According to history, in the 14th century, when a third of the citizens in London died by a plague epidemic, almost none of the aristocracy who were able to eat ginger died. So, let’s see what the benefits of ginger are. 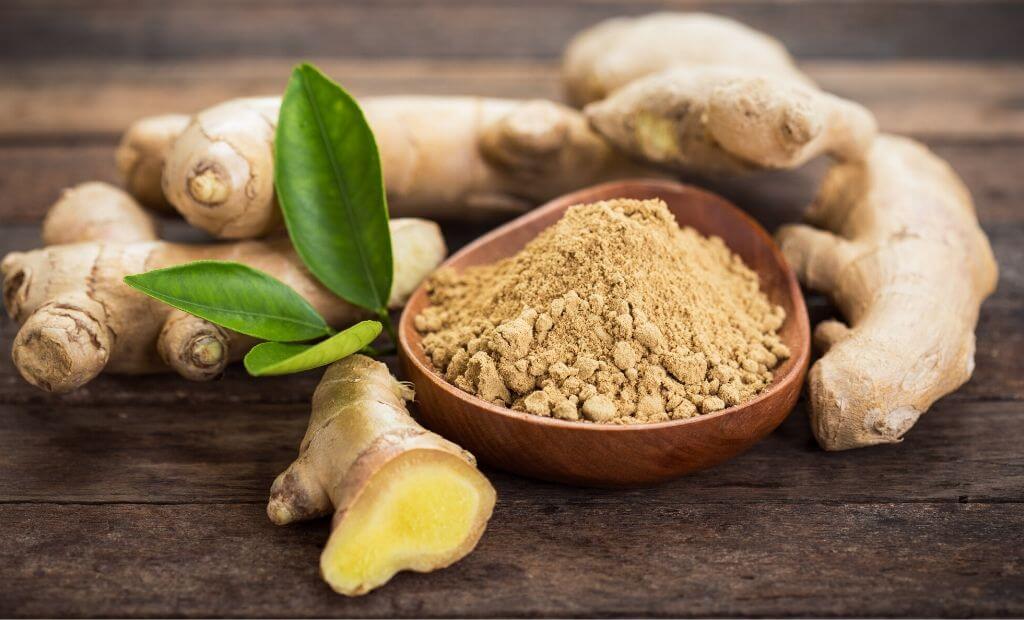 Ginger has been shown to remove reactive oxygen species which is one of the causes of aging and all kinds of diseases such as inflammation, allergies, and arteriosclerosis.

White blood cells are immune cells that constantly protect the body from viruses and bacteria that invade the body. Ginger warms the body by improving blood flow, which helps to activate white blood cells and improve the immune system.

Ginger has been shown to promote urination, defecation and perspiration, excrete blood and body waste, and cleanse the blood contamination.

Symptoms such as arteriosclerosis and cold body cause blood vessels to narrow and poor circulation of the blood, reduces the supply of nutrients and oxygen to organs and organ tissues. When the supply is low, the cells in that area produce substances such as prostaglandins and bradykinin to improve blood flow. But they are also substances that cause pain.

Ginger has been shown to suppress the production of these substances. It is believed that this function and the activity of expanding the blood vessels and warming the body contribute to reduce pain.

Warm the body and improve the blood flow

Gingerol and shogaol, active components in ginger, have been shown to expand blood vessels and warm the body by improving blood flow to all organs.

It stimulates the adrenal medulla and increases adrenaline production.

3. Effective for depression and dementia

It improves blood flow in the brain. It also improves the flow of energy and prevents depression.

It lowers blood pressure by increasing the contractility of the heart muscle, slowly lowering the pulse and simultaneously expanding the blood vessels.

It suppresses the viscosity of platelets and inhibits their aggregation, and it also warms the body and dissolves blood clots, which helps to prevent blood clots.

Lower the risk of some cancers

It is said that ginger is the best and the most powerful medicinal property for cancer prevention because it has the following effects.

In addition to these effects, ginger has been shown to stop coughing, stop nausea, improve infertility and help with dizziness.

It is well known that tea-producing regions in Japan are more likely to have longevity, and less likely to suffer from diseases such as cancer. Green tea contains vitamins, caffeine, catechins, theanine, dietary fiber, carotene and many other beneficial ingredients. So, let’s take a look at what the benefits of green tea are. 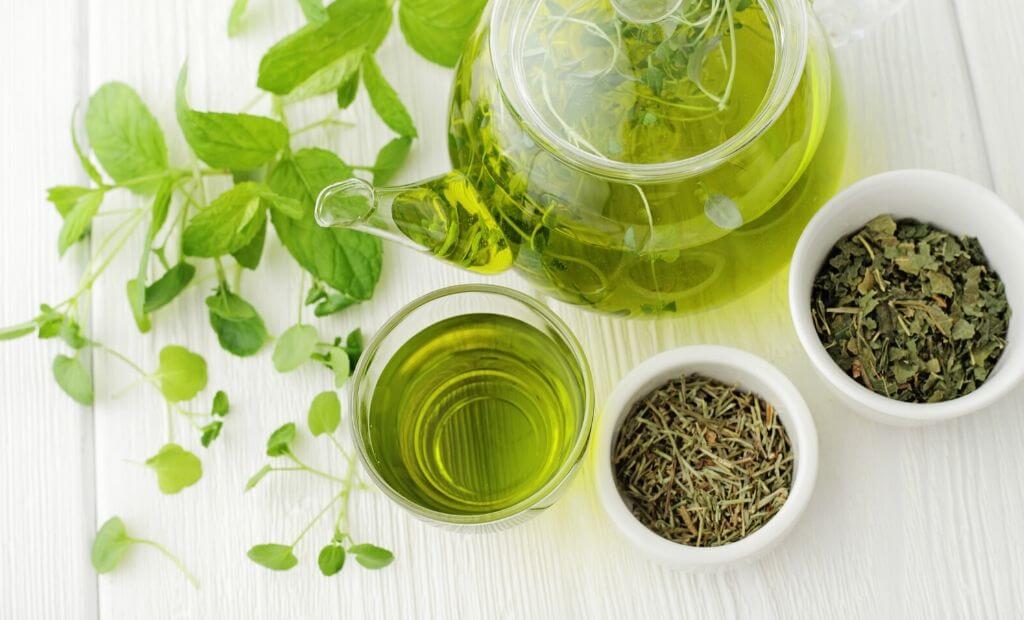 When a virus infects the mucosal cells of the nose and throat, it causes a cold or flu. Catechins have been shown to prevent these viruses from infecting mucosal cells. Catechins bind to the spikes on the surface of the virus and prevent it from adsorbing to cells even if it enters the human body.

Diabetes is a disease in which the concentration of glucose in the blood remains high. Glucose is produced when starch ingested as a meal is broken down by amylase, a digestive enzyme, and the catechins in green tea inhibit the function of this amylase. It has also been found that catechins activate lipid metabolism in the liver and fat cells, which helps to suppress the accumulation of neutral fat in the lipid cells.

Catechins have been shown to suppress the activity of enzymes in the blood that raise blood pressure. It has also been found that it inhibits the rise of cholesterol in the blood.

Alpha waves are released from the brain when you are relaxed. It has been found that theanine, a unique component of green tea, increases the number and time of this alpha wave. It has been shown that the caffeine in tea has an excitatory effect on the central nervous system such as the cerebrum, enhances intellectual work and motor skills, and helps to enhance judgment and memory.

Lower the risk of some cancers

People take oxygen into their bodies to produce energy, but in the process, some of the oxygen undergoes a chemical change and produces reactive oxygen species. Reactive oxygen species have the function of eliminating cells that have entered the body, but if they are generated in excess, they bind with fatty acids in the body such as cell membranes and oxidize cells, becoming a source of toxic substances, and increase the risk of stroke and myocardial infarction.

In addition, when cell membranes are destroyed, reactive oxygen species attack the DNA in the cell’s nucleus, and when the DNA is damaged, the DNA creates the wrong gene, the mutated gene. This causes cell cancer.

It has been found that catechins prevent cell mutation and canceration, self-destruction of cancer cells, and inhibition of cancer metastasis, among other effects that help prevent recurrence.

Other health benefits are preventing tooth decay, improving oral hygiene, improving menopause and PMS, and preventing hay fever. The human body remains slightly alkaline when it is healthy, but when it leans toward acidity, the body becomes unwell.

Green tea is an alkaline food that is rich in such elements and minerals that prevent oxidation of the body. You can say that tea occupies the throne in food that contain a lot of alkalinity.

Recipe of the drink

Pour the green tea at 80 degrees and add the ginger and honey.

If it is above 80 degrees, the epigallocatechin gallate in Sencha loses its effectiveness.
The doctor used his own honey, which he made himself. To get the benefits of honey, I think it’s best to choose unheated pure honey. 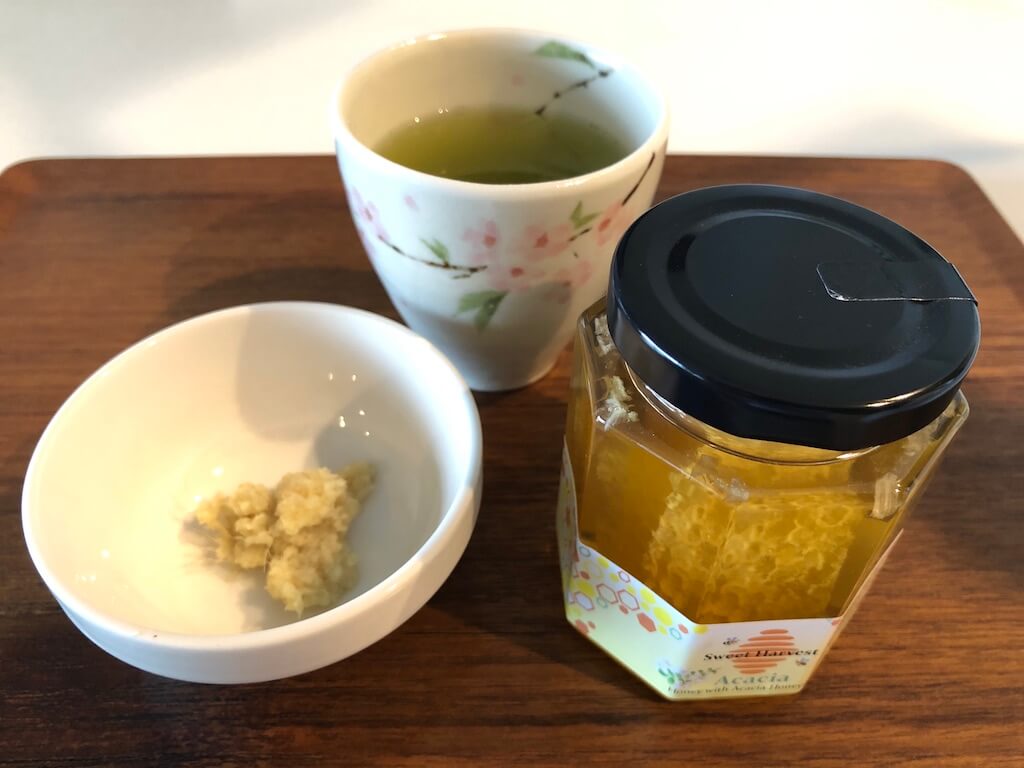 The new coronavirus infection is raging around the world. We take measures to prevent infections, such as wearing masks and keeping people away from each other, but I think the best way to prevent is to keep the body healthy.

It is said that if your blood is slightly alkaline, you will not be infected. In herbal medicine, the cause of all disease is “blood contamination”. Getting rid of blood contamination and promoting blood circulation is probably the key to maintaining good health. 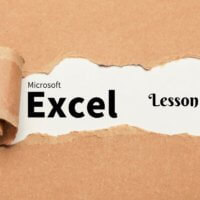 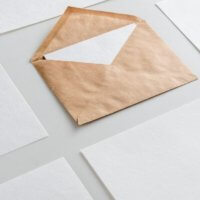 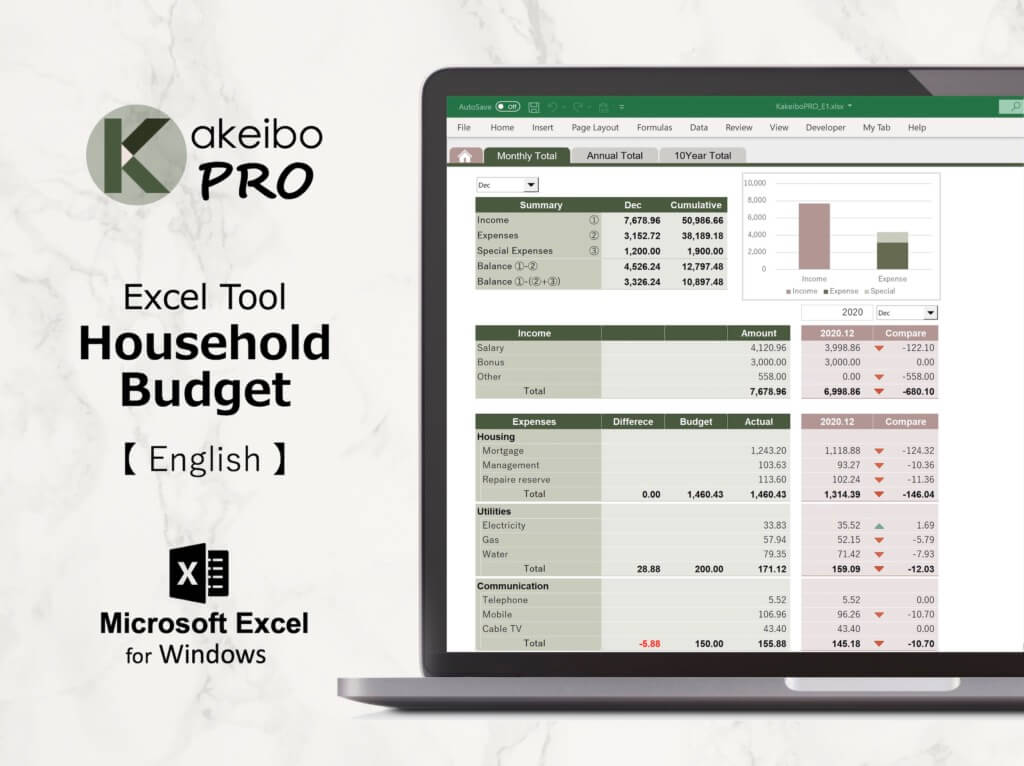 Kakeibo makes budgeting, payment management, and household budget analysis easy! What does this tool provide you?

There are three types of Kakeibo: Note, Light, and Pro. Each tool is provided in four different colors. You can find more information here.

You can see the items on the netshop Etsy or Base.